KAFKA AND THE KAFKAESQUE

A website, where
we are indulging in
Philosophy of literature. This is the most
prominent Swedish Kafka
Site.


What is "Kafkaesque"? We are looking into this concept.

Kafka's structural, literary form, in which his significant works are put, is based upon a refined mega-structural narrative split, the split between subject-"voice" and object-"voice" on the one hand, and on conscious and unconscious, on the other. The book you are reading is about this split and its consequences. Whereas Kafka's authorship is very subtle and complex, it is also wholly and utterly unique. There is, at the same time, nothing artificial in it. It is also: coherent, and the beauty and truth of these literary works spring from a very rare literary and psychological sensibility and excellent craftsmanship. And innate knowledge in writing prose. On that, many also agree. And the uniqueness is of such a kind that Kafka is without actual predecessors. There are still no successors either, no" school," and will most probably never materialize any. Kafka also, in this splendid isolation, has, as we all know, grown to become a" concept," a concept of his own: "It was quite a Kafka scenario.";" Almost Kafkaesque!"; "It certainly was a bit kafka." Collective Mind has indeed created the concept of "Kafkaesque." It has become an important, almost everyday concept, which has extended our way of perception. The concept is vital for the understanding of our culture. My questions regarding this concept, which is somewhat elusive regarding its actual content despite its frequency and importance, are mainly two: 1.: what more precisely do we mean by" Kafkaesque"? 2.: how did Kafka DO to create this" Kafkaesque"? But merely asking for this concept's meaning, of the" Kafkaesque," I find myself almost stuck in the classic paradox of analysis. Furthermore - since I am trying to describe this effect and the technique that shaped this effect, I am simultaneously executing two studies – truly dependant on each other in a scientifically quite forbidden way - concerning Kafka's works. These analyses are thus mutually dependent on each other! One should generally beware of explaining the technique by the effect, and vice versa. In trying to elucidate technique by effect, one could not possibly avoid subjectivity. This study, therefore, is not even pretending to be scientific. It is philosophical. It is philosophical reasoning around a narrative that is split ina twofold manner, around a twofold axis.

Essays, some in Swedish,
some in English: 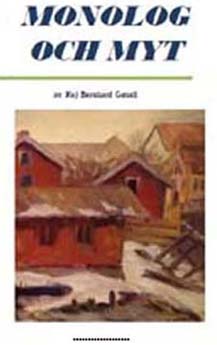 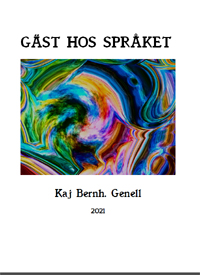 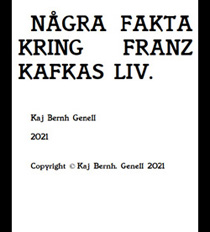 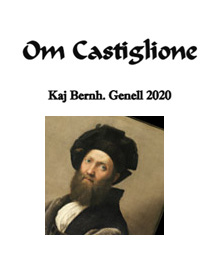 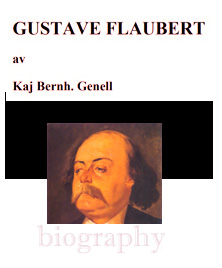 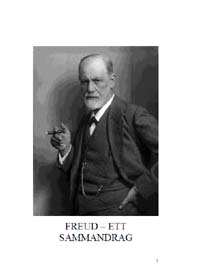 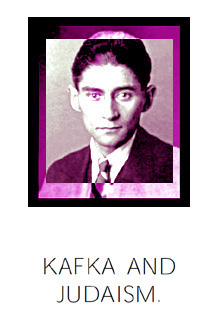 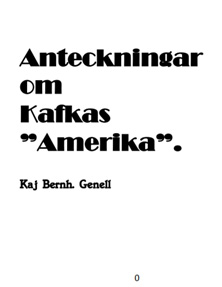 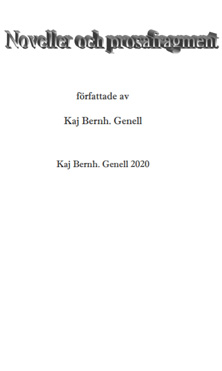 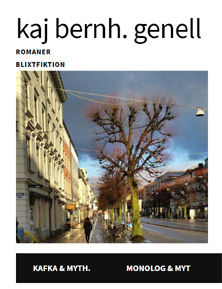 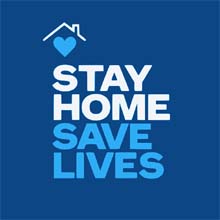 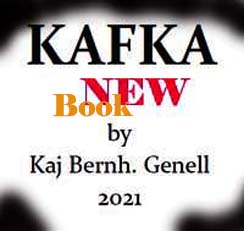 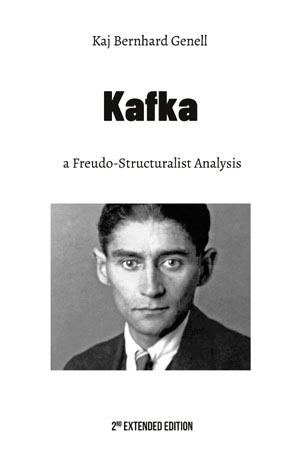 "Kafka" is an analysis of Kafka's novels and short stories. The book deals with the means contributing to the famous Kafka effect, or - the kafkaesque. These means are partly all technical. Thus, in this book, the author tries to show how Kafka uses a narratological split of consciousness, and a split Unconscious, to - by a rare trick - create the Kafkaesque. This Kafkaesque- in turn - generates an interrogation that scrutinizes the contemporary myth of the Freudian theory. We are in Kafka reading myths, like the Freudian, and the ones of the Symbolic and the Romantic literary schools as undertexts. This new book shows how Kafka became one of the most prominent artists to define Modernity. 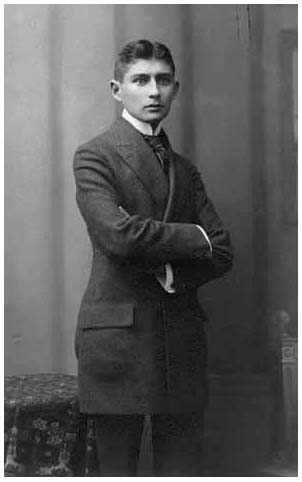 Kafka was part of the creation of Self-conscience of the 20ieth century, marked by a constant dialogue with Freud and his works. Self-conscience as Man knew it since St. Augustine, the Italian renaissance writers, Erasmus, Shakespeare and Montaigne and later with the secular Romantics and Hegel, swiftly in Modrnism developed into something much more complex with the appearance of Freud and the publication of the Traumdeautung in the year of 1900. And Kafka fulfilled it all. The works of Kafka appeared as a reaction to 1.) Modern times, to 2.) his own personal alienation and to 3.) Freud.

Kafka´s answer to Modernity – to the modern condition – was an astonishingly complex one, but it turned out to be very accurate and accomplished right from the very beginning. When other reactions to the modern condition, like Dada, displayed a picture of a chaotic and a rebel attitude to reason and morals, Kafka, like Rimbaud, showed a far more complex ability to encompass the soul of humans in relation to the Modern society in a universal form.


Kafka´s relation to Freud was somewhat like that of a relation of a son to the father. Thus Kafka did not acknowledge Freud´s discoveries, interpretations, methods and notions as truths. But he saw them – ironically – as facts. And in a sense they were. Freud´s views were historical facts in their deep influence on mind and society of the century. Hence Kafka used Freud as part of the Modern Myth.

Kafka did not “believe in” Freud, but he was fascinated by him. He did not study Freud at great extent, but he had – like many others – acquired a sort of immediate understanding of his ideas, through a kind of everyday osmosis.

Kafka started out as a writer of lyrical prose, short prose poems. But his dream was to write a novel, and it should be a novel like the one Flaubert ( Kafka´s literary idol ) wanted to write: a very beautiful book about nothing at all. It also seems as he wanted to develop the style of Tieck and the Romantics. So it turned out that Kafka now developed a technique for writing novels where he was extending a sole situation into a perfectly static ( i.e. nothing ) drama displaying a struggle between conscious and unconscious. Using his extraordinary ( perhaps autistic ) sensibility his technique, the kafkaic, miraculously was born in 1912 with the writing of the short story of The Verdict. He asked his fiancée Felice for the meaning of it.


Later, with the writing of the unfinished The Trial, his technique of displaying the Kafkaesque was already full-fledged. Here he – almost FORCE by his own personal and social catastrophe - introduced a pseudo plot in a kind of pseudo novel displaying a story of a split, a struggle of a conscious instance of a person, shown as a hero-figure battling this person´s OWN unconscious. As it turned out, this battle originated – caused - a second unconscious part to appear in the universe of this fiction. It seems that the hero-figure, devoid of his unconscious, HAD TO develop such an unconscious to be able to handle his surrounding world, which was his original unconscious. Here we thus are having a triadic structure and a strange meeting of two unconscious instances.

This fictional condition primarily results in a double exposure of the unconscious and secondly in a strange transcendence of the Ego, which cannot easily be reflected upon, since it has no equivalent in reality.

As a result of this kafkaic technique, which probably was unconscious (!) to Kafka himself, we are also – apart from the nausea of double unconscious, a kind of the self-consciousness of the unconscious - experiencing a very intense poetry displaying utter loneliness and in a framwork : a sad pseudo-protest against the super power of civil organization and law in general as well as a melancholy beauty of existence. The like of which never again has been created:


The concept of “Kafkaesque” has been created by the Collective Mind, and in some way it has extended our way of perception. I think that the concept is vital for both the being and the understanding of our culture and maybe even a necessary one! My questions regarding this concept, which despite its frequency and importance is rather elusive regarding its actual content, are mainly two: [ 1. ]: what IS the kafkaesque? And [ 2. ]: how did Kafka DO to create this, the ”kafkaesque”?

We are dealing not only with ideological, cultural and psychological matters, but with tacit knowledge as well as with extremely difficult matters concerning the ontology of fiction. Perhaps the concept of “kafka” is an ongoing question in Modernity itself, that will prevail no matter how much I and others are trying to sort out the problem? My intent is to discuss the place of his works in the literary tradition and the place of the Kafkaesque, refuting the not at all uncommon view of Kafka as a “magical realist”, or a “religious mystic”, or for that matter a “writer of Jewish parables”. 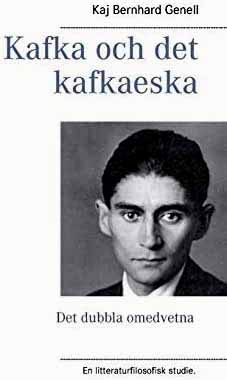